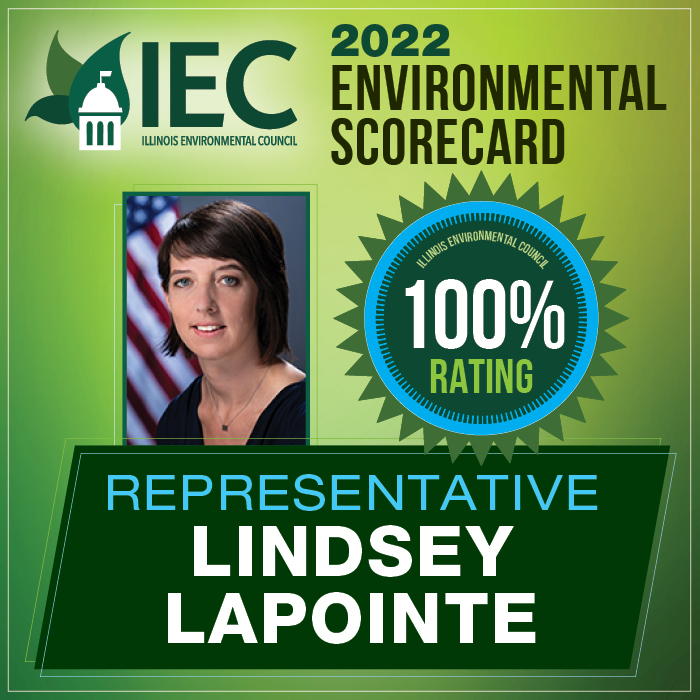 “I am proud of my 100% score on the Illinois Environmental Council’s Legislative Environmental Scorecard because I vote my environmental values,” said Represenative LaPointe. “It is an honor to represent the people of my district by protecting our most vulnerable residents from cumulative air pollution, making it easier to safely dispose of pharmaceuticals, and giving schools the power to purchase foods which are healthy, sustainable, and local.”

“Every time it counted, Rep. LaPointe stood up for our environment, public health and meaningful action on urgent matters of environmental protection,” said IEC Executive Director Jen Walling. “Illinois will be a cleaner, safer place to call home because of the leadership Rep. LaPointe demonstrated this session, and we look forward to building on that legacy together in the future.”

A total of 61 state legislators received recognition for their 100% voting record during the legislative session in 2022. IEC releases its scorecard annually.

Since 1975, the Illinois Environmental Council (IEC) has worked to safeguard Illinois—its people, its plants and animals, and the natural systems on which all life depends by building power for people and the environment.